Just been to see a really inspiring exhibition of anime architecture.

This is the UK’s first ever exhibition of architectural backdrops from classic anime films and features over 100 exquisite technical drawings and watercolour illustrations from some of the most influential productions in the genre’s 1990s heyday.

The artists were tasked with creating a universe for the director and their fictional worlds reflected real-life concerns over ruthless urban development and erosion of identity, mirroring the films’ narratives and giving the backgrounds a crucial role to play. Their work has had a defining influence on the style of anime we think of as typical today. 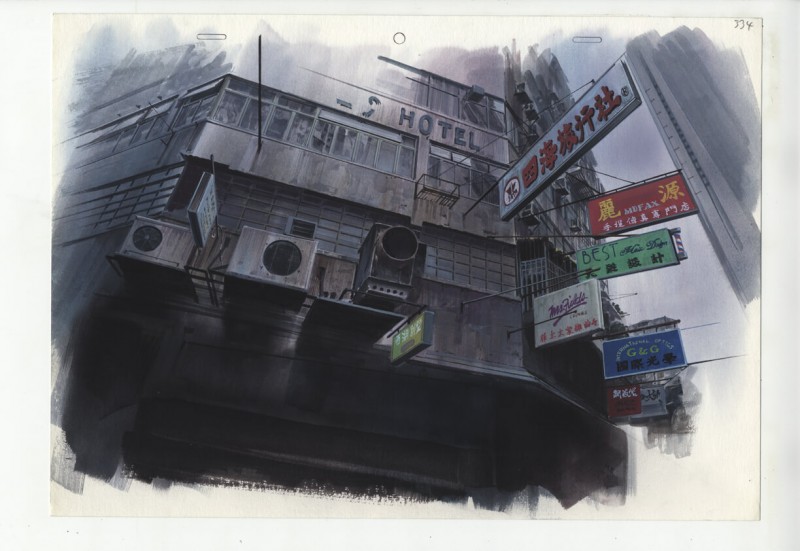 The show includes Hiromasa Ogura’s watercolour paintings for Ghost in the Shell, an anime epic that informed pioneering sci-fi works such as The Matrix and Avatar. Inspired by Asia’s emerging megacities and based on photographs of Hong Kong, Ogura’s work depicts the striking contrast between a derelict Chinese town and looming, faceless skyscrapers.

Inspiring for illustrators and designers alike, it’s on until 10 Sep 2017 at The House of Illustration at King’s Cross, London.