Russ Daff is a freelance Illustrator and because he works from home he needs stimulus to stop him going a bit mad!

Before iPads and on-demand programming Russ used to love watching movies while he worked and started buying the big 50 movie box sets to keep him entertained, without breaking the bank! After saturating his brain with sci-fi B-movies Russ wanted something a little different. How about Peplums? These Italian sword and sandal were a largely untapped genre for him. Russ had seen a few Steve Reeves movies on late night telly in his younger days. 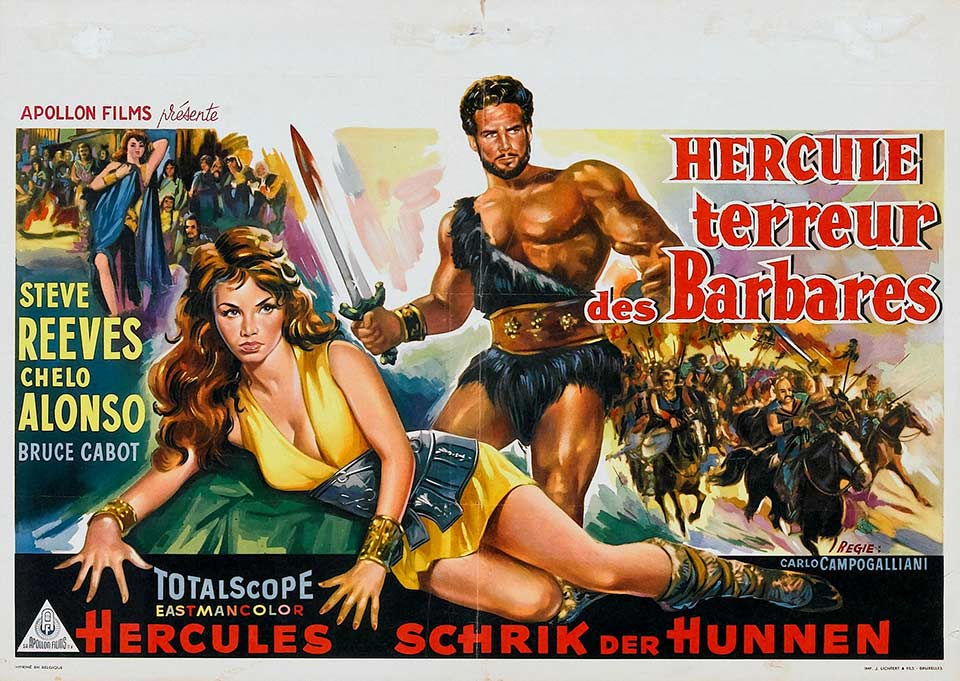 Steve Reeves in Goliath and the Barbarians

Back in 1981, when he was 9, his mum took him to see “Clash of the Titans” and he just loved it. The stop motion monsters were brilliant and he spent the rest of the summer pretending to be Perseus. Since then Russ has always loved the great myths of ancient Greece but it wasn’t until he bought a huge box set of these old Peplums that his imagination really started firing off!

Cartoons and illustrations are often influenced by old movies

These fun, but often overlooked films were big in the late 50s and early 60s. They were mainly produced in Italy with stars like Steve Reeves, Reg Park and Mark Forest. It was a good time to be a bodybuilder who could swing a rubber club or throw a polystyrene rock. Although, acting ability was not always as important. These films display an all together different charm to the CGI drenched “epics” of recent years. They were very cheap movies in the same bracket as low-end westerns.

So it was from the enjoyment of watching these old movies that Russ came up with the idea of presenting the classic adventures of ancient Greece in a punchy/cartoony comic book for kids. Back in 2008 he formulated the concept of “Mini Myths”, short, concise adventures geared towards the modern children’s book market.

Russ wrote and illustrated two stories, “Perseus and Medusa” and “Theseus and the Minotaur”. He was relatively happy with them but they needed something. They were a bit flat. Work got busy and he placed the project on hold for a while, concentrating on earning a living instead. Fast forward to the beginning of 2011, his day job got hectic. Russ had numerous large projects with similar deadlines. He sacrificed my social life and worked seven days a week for 4-5 months. The reward at the end of all this craziness was four allotted months off from paid work to concentrate on his passion, “Mini Myths”! So from October 2011 to March 2012 Russ beavered away at revamping his pet project. His enthusiasm was immense! Most of the characters were given an overhaul, the stories made more fluid and fun. 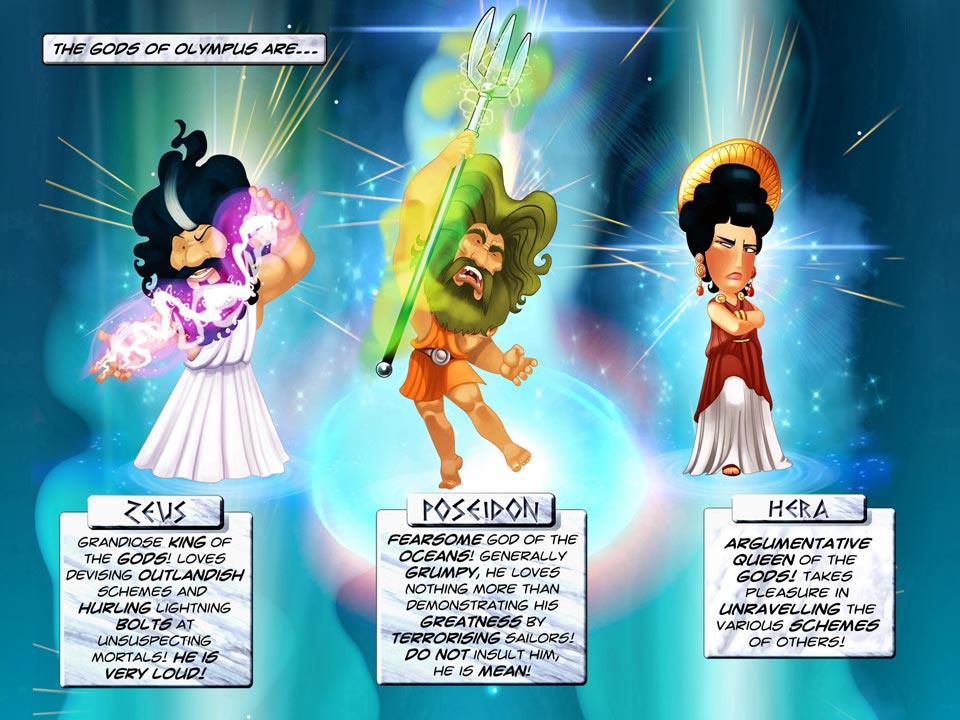 Launched as a digital product

‘Mini Myths 1: Heroic Beginnings’ was finished, well sort of. Instead of trying to get a publisher interested Russ made the huge decision to launch it as a digital product. With atmospheric background music and page sound effects he believed this could be something really great! Publishing it on the iPad as an app was the next obstacle. Luckily, living in Cambridge means it’s highly likely that a programmer is not too far away so with the help of two friends, Alex and Dan, Russ was able to publish Mini Myths on iTunes! 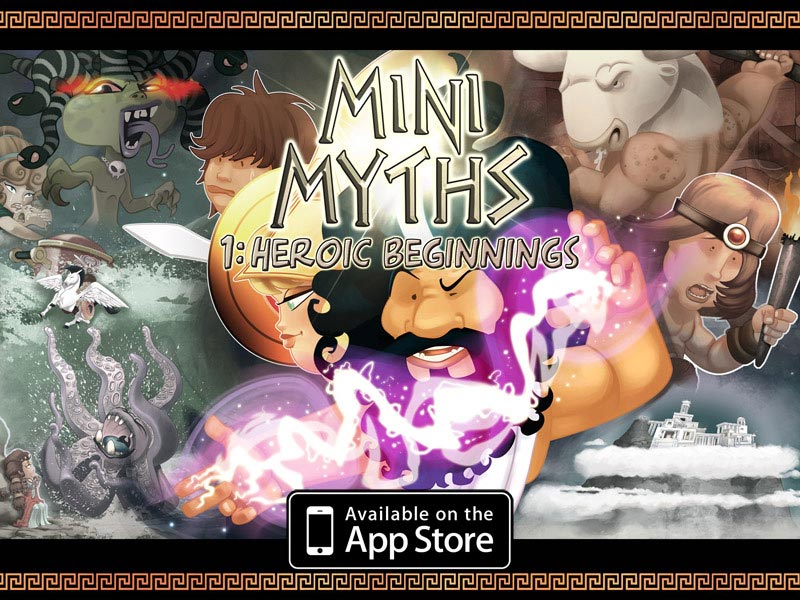 ‘Mini Myths 1: Heroic Beginnings’ is the first in a series and tells the stories of “Perseus and Medusa”, “Perseus and Andromeda” and “Theseus and the Minotaur”. These stories are produced for boys and girls aged 9 and above.

See more of Russ’s work on his portfolio page.