Illustrations of WW1 at the Fitzwilliam in Cambridge

The first seven months of World War I are dramatically illustrated in the colour lithographs and woodcuts of the series La Grande Guerre.

Scenes of action in the form of battles, sieges and airstrikes are punctuated by moments of relative repose, including commemorations, award ceremonies and depictions of the Allied forces, such as the English and Scottish taking five o’clock tea and Indian soldiers at prayer.

Each print has a lengthy description below the image, following the individual trials and triumphs of the soldiers and creating a sense of visual reportage. Although not official propaganda material the prints are nevertheless deeply patriotic. The numbered series format encouraged the public, who were eager to commemorate the war, to continue collecting the set.

The prints will be shown in chronological order, so that visitors to the gallery can experience a retelling of events from the perspective of France, from the taking of the first flag during the Battle of Saint-Blaise La Roche (14 August 1914) to the Fall of Przemysl (22 March 1915). 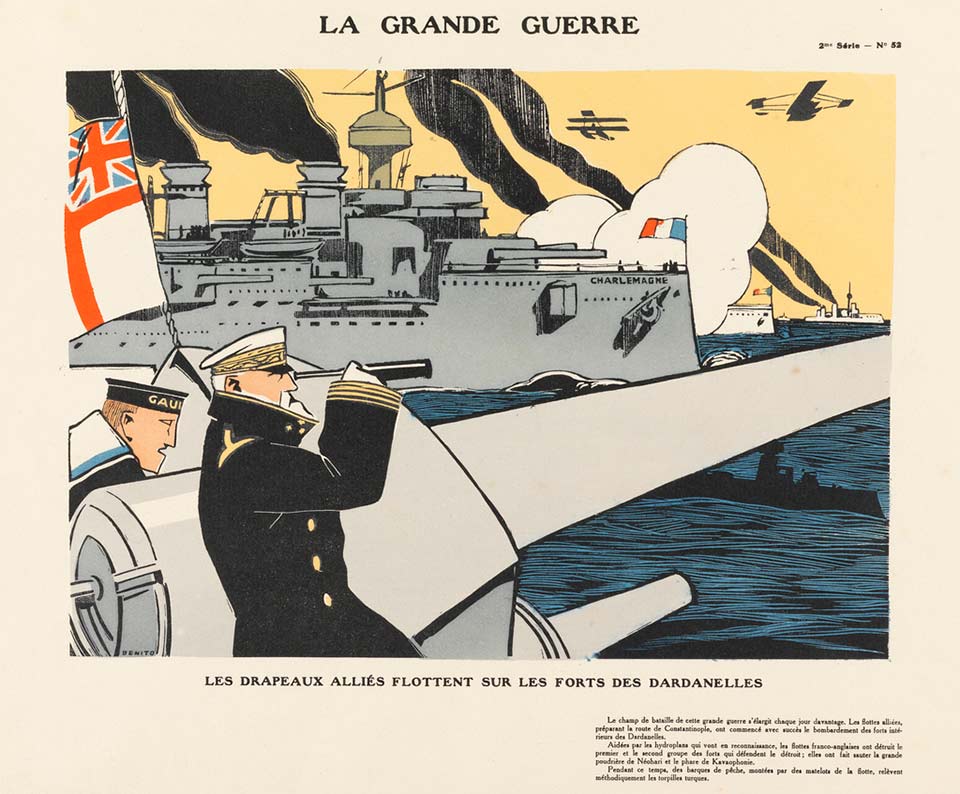