After author Miranda Ashfield, saw David Severn’s artwork on Cambridge Illustrators she contacted and commissioned him to illustrate her witty children’s story, ‘The Hippo and The Zebra’. 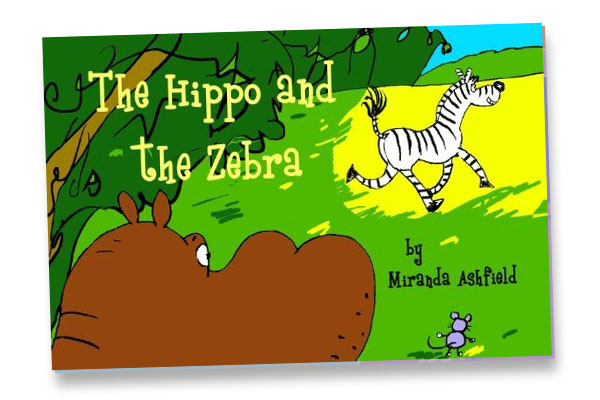 David spent some time developing the characters and then followed the author’s directions for points in the story to illustrate. He used his usual illustration technique: initially drawing with pencil on paper, then scanning the drawing and doing additional editing and colouring with Adobe Photoshop.

David then sent the author the partly-finished illustrations in batches of three or four for her approval. The story was published with 12 of David’s illustrations as an e-book towards the end of 2013 and is available on Amazon.