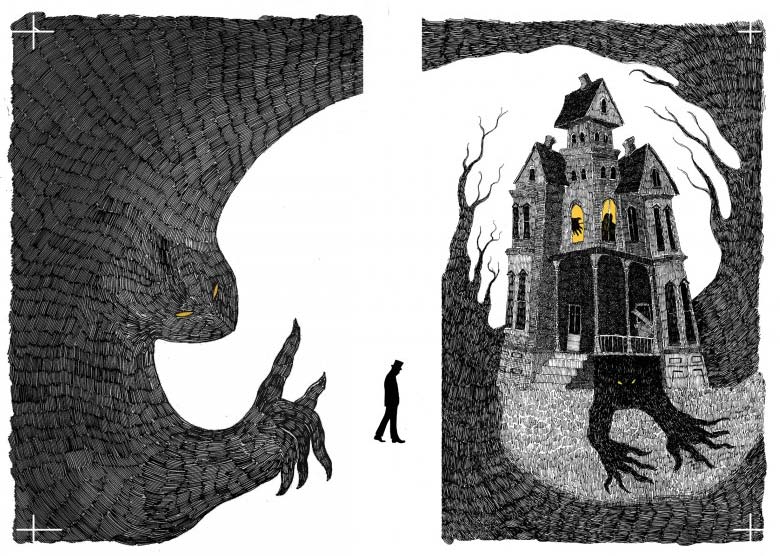 Selected out of hundreds of illustrations, from 24 countries across the world, these 26 exceptional entries represent the very best in new illustration talent. This is the first time that the longlisted entries have been exhibited in the run up to the award announcement. An online gallery of the longlist can be viewed at www.houseofillustration.org.uk.

The Folio Book of Ghost Stories is the subject of the fifth annual Book Illustration Competition, run by House of Illustration in partnership with The Folio Society. This year’s winner will be awarded a prestigious commission to illustrate the title for release in Autumn 2015. The winning entry and five runners-up will be announced at an awards ceremony at House of Illustration on Thursday 19 February 2015.

For centuries tales of spectral beings have thrilled and terrified people. In the Victorian period, the ghost story became a medium for writers to question the morality of a new industrial world. Today we are still captivated by accounts of the supernatural.

The Folio Society’s ghost story collection is published later this year and will comprise tales by renowned raconteurs of the paranormal alongside lesser-known gems. The stories embody all the best-loved hallmarks of the genre; dilapidated houses, dark secrets and hair-raising sightings – rich subject matter for the illustrator.